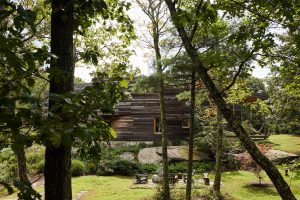 One of my favorite native plant gardens is featured this month in DWELL Magazine. In 2016 I designed and built this garden to be a soothing green on green, pollinator heaven using 98% native plant species that are deer resistant and major pollinator attractants.  The gardens were meant to enhance the extraordinary quality of the home – like a ship sailing through the forest. We used sedges as natural mulch and groundcover, bergamot bee balm, blunt-toothed mountain mint, prairie smoke, shrubby St. John’s Wort, sweetfern and fragrant sumac in a sea of native ornamental grasses: little bluestem, prairie dropseed, switchgrass and Indian grass. We also incorporated mosses, sedums, lowbush blueberry and ferns present on site to seamlessly merge the designed areas with the natural ecosystem.

As evidenced, native plant gardens are beautiful and life-sustaining. 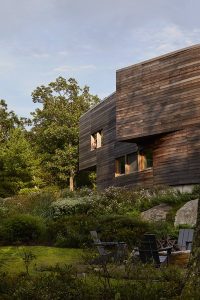 Four years on, we still maintain this garden now mostly pulling out bee balm and mountain mint to transplant to other areas of the property. In July the bees are buzzing so loud, it is beautiful for my ears and my Soul to behold. 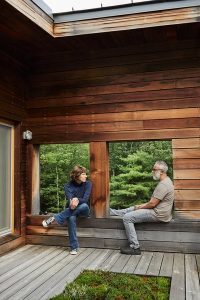 Years ago as a landscape design student, I used to read Dwell Magazine on the subway totally in awe of the contemporary architecture and landscapes.

Last summer 2019, one of my gardens was featured in Dwell’s Outdoor Living Issue. Published in the May/June issue, the article entitled Woodland Skills featured the property of architect Maria Ibanez and her husband Todd Rouhe. They hired me to design a spare, beautiful landscape to help heal the scars of construction and to blend the disturbed edges back into the surrounding woodland. To accomplish this I used almost entirely native plants – three types of sedges (Carex spp.), two species of ferns, three mountain mints (Pycnanthemum spp.) and a handful of native shrubs like bayberry (Myrica pennsylvanica), gray dogwood (Cornus racemosa), sweetfern (Comptonia peregrina), bush honeysuckle (Diervella lonicera) and American elderberry (Sambucus canadensis). Almost immediately, the bees arrived on the mountain mints. Some of the deer were curious about the elder and Maria and Todd had to net those. The following year the sedges were starting to spread; so were the ferns. Mission accomplished! 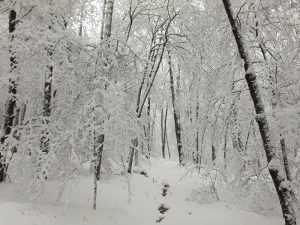 Everyone’s talking trees. Peter Wohlleben (forester), Suzanne Simard (biologist), Richard Powers (author), Richard Attenborough (naturalist), Melvin Sheldrake (scientist). These people from varied professions are saying the same thing:  trees are intelligent and there exist vast interconnected networks of life both above and underground . Ever heard of the Wood Wide Web? Old growth or Mother Trees provide knowledge and nutrition to the younger saplings in the forest via underground mycorrhizal fungal networks that transfer water, carbon, nitrogen and other minerals. Just because we can’t see it, doesn’t mean it isn’t happening. It is. Everything is sentient and alive, merely in its own non-human way.

To help combat Climate Chaos, nations around the world are planting large quantities of trees: Canada, Ethiopia, India, Ireland, Norway, Russia, Uganda all have accomplished major tree plantings or have a tree planting plan in the works.

Old growth forests, Mother Trees and regenerating woodland tracts are the most important as they have the age and the wisdom to pass along to younger trees. If you are a land owner considering a timber harvest, visit Healing Harvest Forest Foundation first to find out ways that our human need for forest products can co-exist with the forest’s life needs now and for the future.

If you are inspired to plant more trees but are running out of space, visit Tree Sisters and make a donation. Your money will advance their mission of planting trees to protect and expand intact forest landscapes, restore and protect watersheds and restore topsoil and land fertility.

To date, Tree Sisters has planted 4 million trees across the globe.

At the very, very least, hug a tree or thank a tree for her amazing and wonderful life. 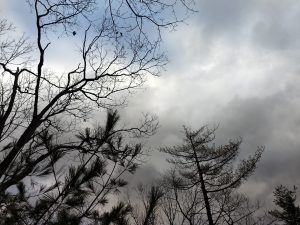 I have been designing, installing and maintaining gardens in the Catskills for eleven years now. It has been incredibly gratifying, and I have had a good run. After some serious thought and agonizing, I have decided to hang up my Redwing work boots and disengage from the installation and maintenance side of the business. I want to give my body a break while still continuing to help clients create beautiful gardens by focusing on thoughtful design, consultations and coaching. My efforts will continue to focus on sustainable, ecological and pollinator and wildlife friendly gardens with native plants at their heart and soul. Additionally, I will offer project management, nurturing a project from design through to the installation phase.

Thank you for eleven wonderful years. It has been both hard work and an absolute pleasure. I am looking forward to this next chapter. 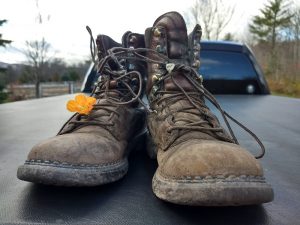 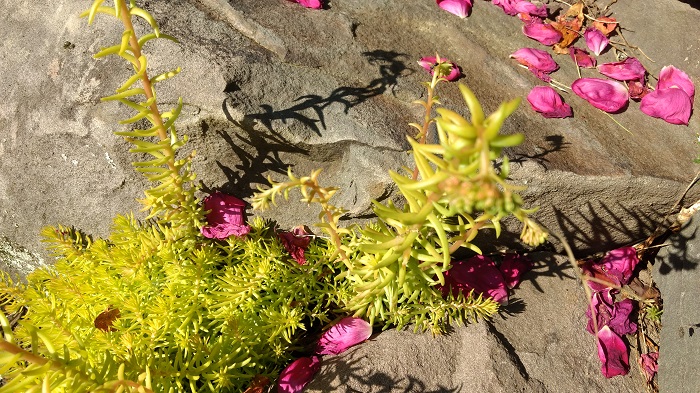 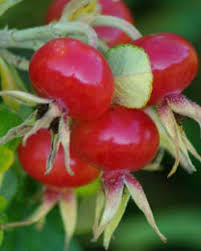 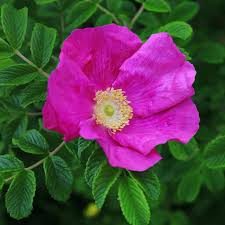 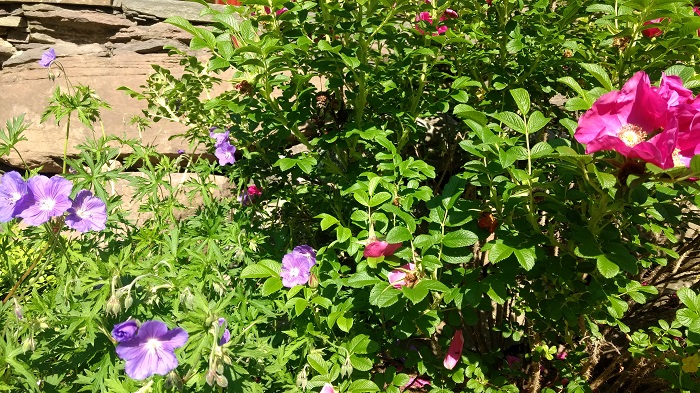 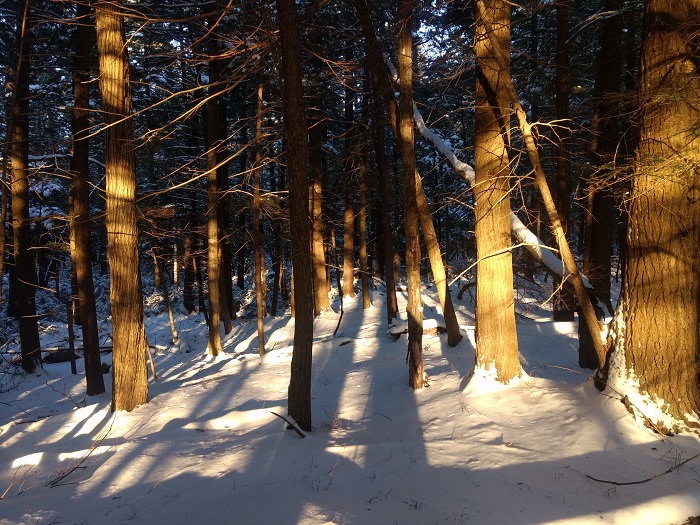 This year, I decided to create the first ever digital Holiday Card for my business. Numerous headlines about the Paris Climate Agreement and the alarming evidence of natural resource depletion, finally got dire enough for me to examine my own holiday customs. I reached the tipping point. (Thank-you, New York Times Editors!) What can I do through my business in even a small way to stop the cycle of holiday consumerism?

For the last several years, the annual mailing of the holiday card  has been a fun tradition for me – taking photos all year of gardens and my dogs Bella, Arthur and Suzie, then choosing the photos that would make the cut, perusing the Shutterfly card layouts, heading to my local Post Office to purchase holiday stamps and finally, sitting down with a cuppa hot tea and some German Christmas Stollen to write the cards to my friends, clients and suppliers.

I hit the internet to do some research.

According to an article in ecology.com:

Suddenly, my cheerful holiday card wasn’t looking so merry anymore. Hemlocks (Tsuga canadensis), and recently the American larch (Larix laricina) are two of my favorite trees. While walking my property or hiking Catskills trails, I regularly I hug giant old hemlocks like the ones in the photo above. Sure, my team plants thousands of native plants each year for pollinators and local ecosystems but these statistics on the  paper industry somewhat negated all of that. My holiday cards were dooming hemlocks to be cut down for paper that after it spews pollution forth into our environment most likely gets tossed out at the end of December to enter a landfill. Not a good enough reason to keep on doing the same old thing.

So, after a bit of back and forth – mostly my consumerist Western Self being petulant: I like this tradition, my friends and clients are used to receiving my annual card, it is fun! – I decided to go paperless.